Meet @timecommander Dan Miranda. He’s thirteen years old and writes a blog about personal development. He is running a competition on his blog, with a chance to win a copy of Problogger’s book if you follow him on Twitter

Meet another thirteen year old @pencilbugs Jason O’Neill who invented springy things that sit on the top of your pencil. More than that, he donates to nonprofits already and has big dreams to give, as he tweeted today Hilden isotretinoin with out a prescription “ http://karen-keogh.co.uk/wp-json/wp/v2/media/551 I want Pencil Bugs biz to be an empire so I can give millions some day. #GNO“

#GNO is Girls Night Out – a great conversation that happens on Twitter once a week. Today’s chat was about raising giving, service-oriented, charitable children. 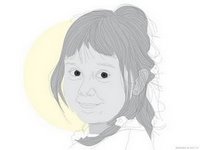